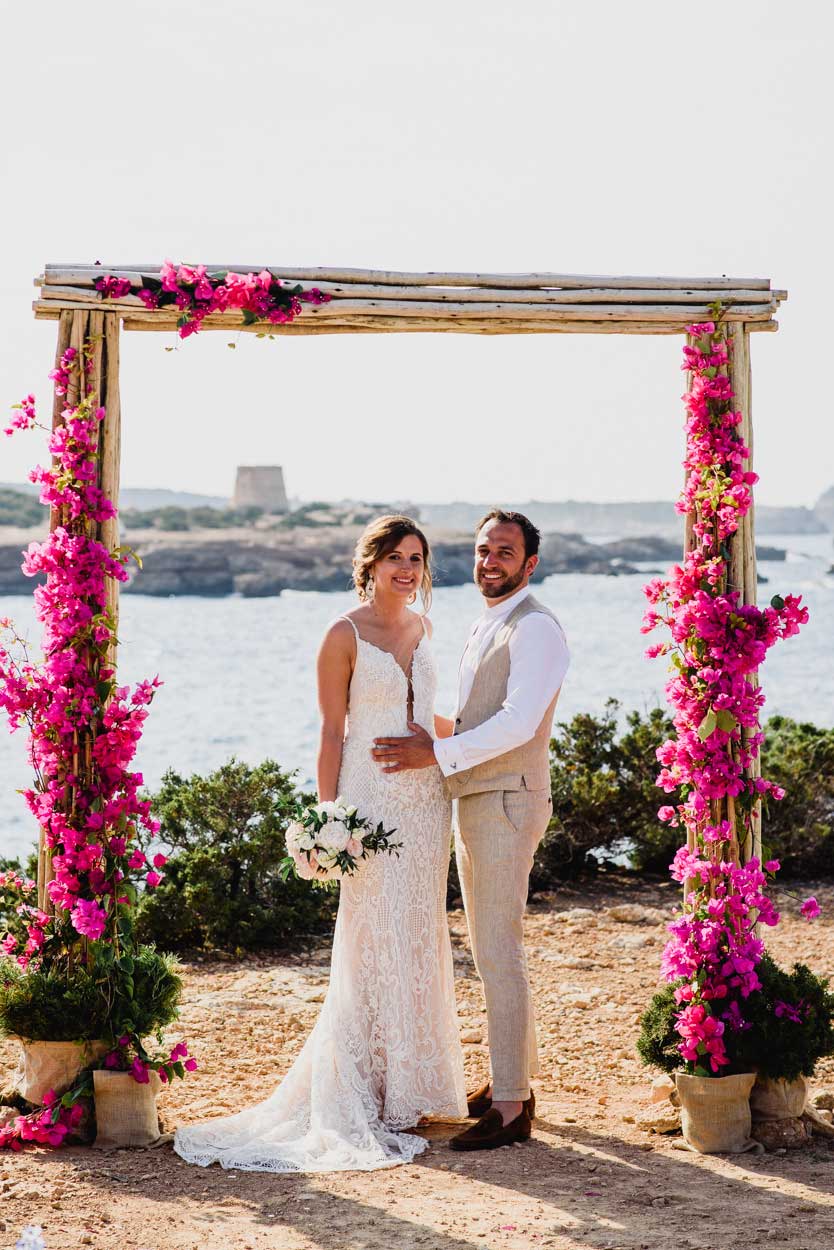 Sometimes the magic happens and the love is every where. That’s what happened with Elien and Noach and their magic wedding in Ibiza.

We met them via Skype at the end of September and inmediatly we could feel the love throught the screen, they are from Belgium so one of their request was to see the sea at the wedding time. For that reason, we planned the wedding ceremony at Cala Bassa Beach Club, where the colors of the sea are powerful and you can feel your self in paradise.

But, let’s start from the beginning… they were both at the villa getting dressed, where also, after the ceremony, the dinner was going to take place. Sandra, from Fanny & Co, done Elien’s MUHA and after that Elien’s father gave the bouquet to the bride (tradition from Spain), and we also planned a really special moment that we called “Back to back moment” because they wanted to go the ceremony.

They arrived at their “unplugged wedding” in an orange Mahari and their 60 guest accompanied them in a civil ceremony  officiated by Liesje from Event’l, the music was played by Efrain from The 29 Lab and the flowers were done by Artnatur. 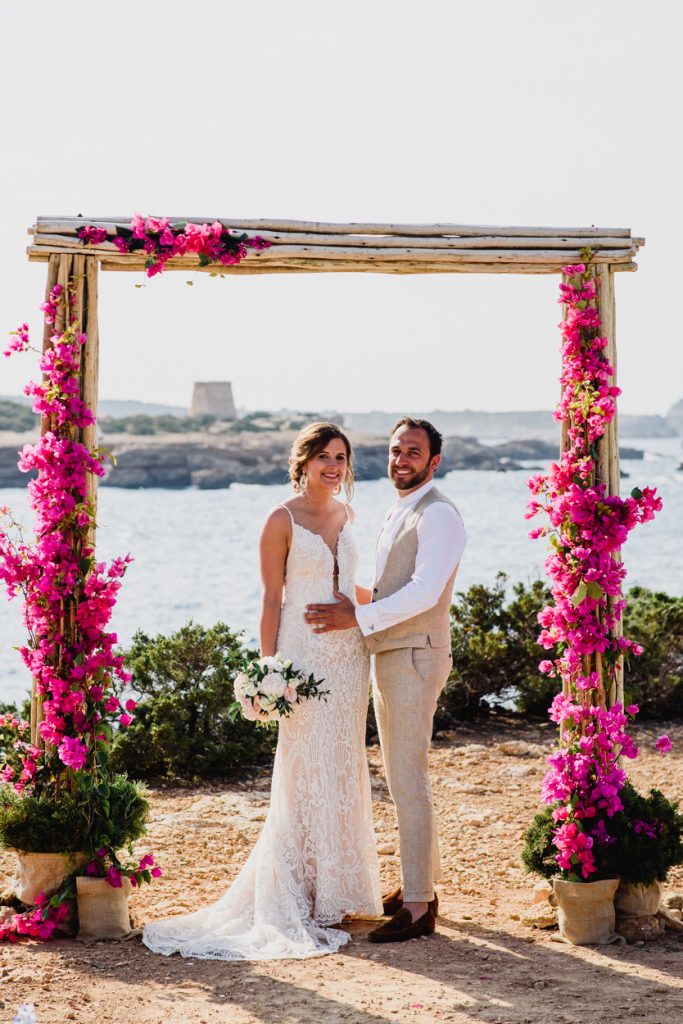 Elien and Noah choosed The Cheff for the catering and they had a wonderful cocktail time and dinner at the villa. For the decoration we designed a beautiful and elegant boho composition, based on the colorful flowers as Elien requested.

Another two wow moments were when they guest found their seats, find your name and take a shot! And later, when Elien and Noach walked into dinner sounded Axwell and all the entire wedding was jumping and singing with the couple!

The first dance was beautiful and the party lasted till the early hours! Thanks to Elien and Noach for choosing Ibiza as Wedding Destination and The Ibiza Wedding Planner to help you to organize such a beautiful party! We wish you happiness and love until the end!