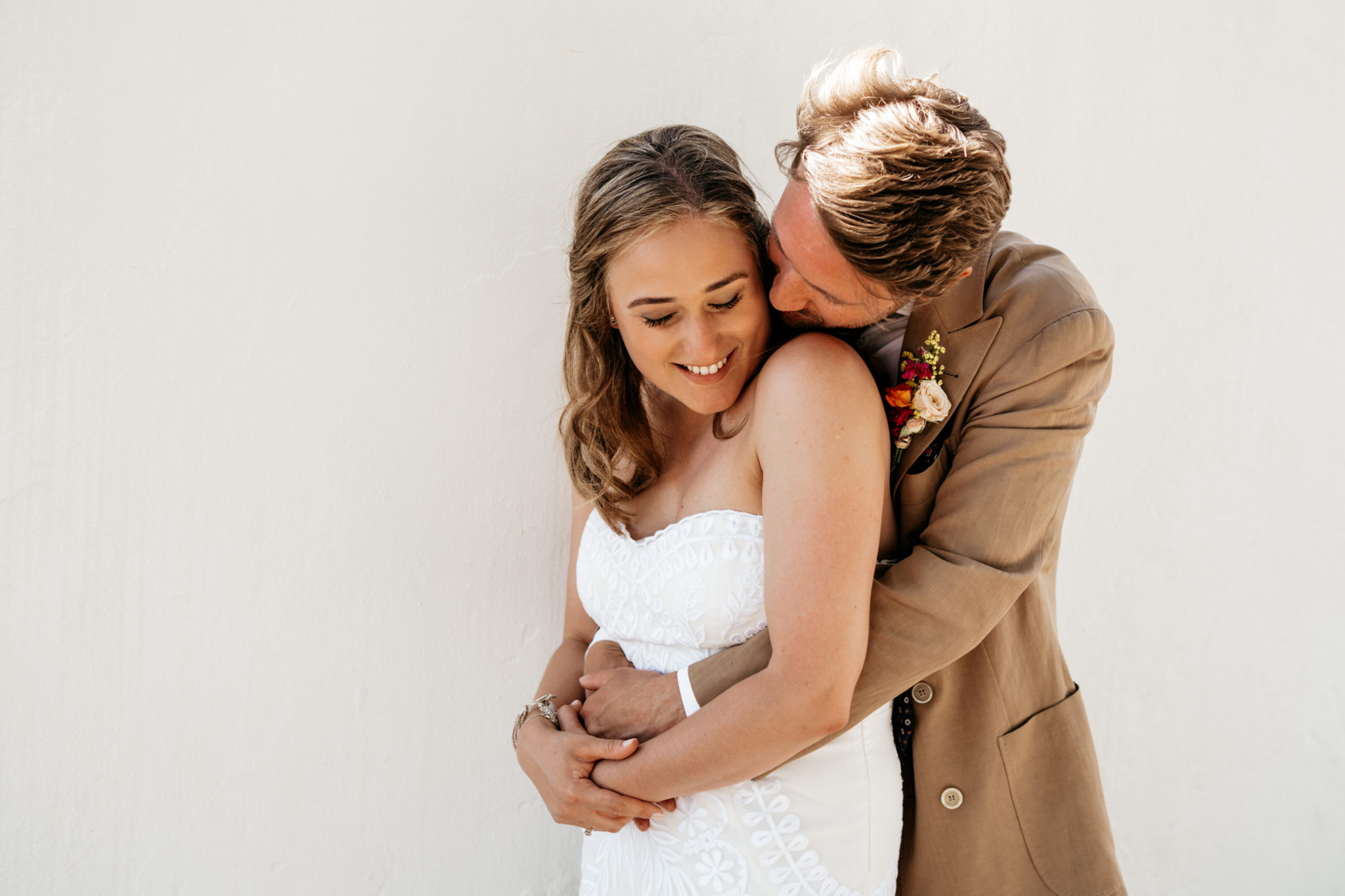 We met Rochan and David one and a half years ago. They came to our office recommended by a friend who is living in Ibiza.

Rochan’s mother if from the Philipines, the country were his parents met, and she was born in Australia but finally after moving all around the world, she grew up in London, where finally she would know David.

David, a dutch man, moved to London because of business, felt in love from the first day that he saw Rochan and after a couple of years of love, they decided to get marry in Ibiza; the perfect spot to all of this many nationalities.

Rochan and David were very clear what they wanted. they are true Ibiza lovers and they wanted to take all their loved ones from all around the world to Ibiza.

When they came, they had already booked one of the most typical agroturismos on the island. «Can Talaias» is the perfect venue for those who love the essence and the quietness of the island, it’s a very old style house that maintains the natural architecture of the island located in the middle of one hill in the north of Ibiza.

They wanted to inspire the decorations in Philipines’s colors and materials, so we designed a very colorful decoration, also keeping the vintage style of Can Talaias, so that’s they had vintage lamps on the tables 😀

The seating plan was made with Philipines wooden flowers, and for the photocall we designed something very special for the bride because Rochan one day told us that she loves Las Dalias, so we created a very colorful backdrop and Marlene, (her mum) she sewed a 100% authentic Namasté heart with their names.

They got married at the Puig de Missa at 16.30h, the entrance was decorated with a bycicle (because we wanted to make a tribute to Holland, David’s country). They had a beautiful wedding played by Santi, one of the conservatory teachers, and as they had a wonderful music for their exit, half of the wedding were looking at them inside of the church and the other half waiting for them at the main door to throw confetti.

For the couple session shoot, we suggested to Sara Lobla to do it at Es Trull de Ca n’Andreu, a museum in San Carlos which is very very typical and beautiful.

After that, when they arrived at the agroturismo, everybody was excited to receive the new Mr & Mrs Simons, enjoying the most beautiful views and eating a nice Spanish ham.

Dinner was completely different and original, first they shared starters and they had a mix of dishes from each country to share. After that, Carlos (Rochan’s father) made everybody cry with a lovely speech..

Do you know when there is a pure, honest, friendly, sweet and lovely family… you can feel a special energy in the atmosphere?

We sincerely could feel what a magical night it was, and for us, it was one of the most beautiful speeches ever given by a father who really loves his daugther and his family.

When the night come down, Spencer and his band arrived (The Ibiza Lights Inc) and the band opened the dancer floor from the top of the terrace! Seven live musicians + two singers singing and playing live music. That was a really huge and special moment.

We told them a thousand times, but once again, thanks to R&D for making us part of your amazing and lovely day!!

Make up and Hair: Elia Martinez